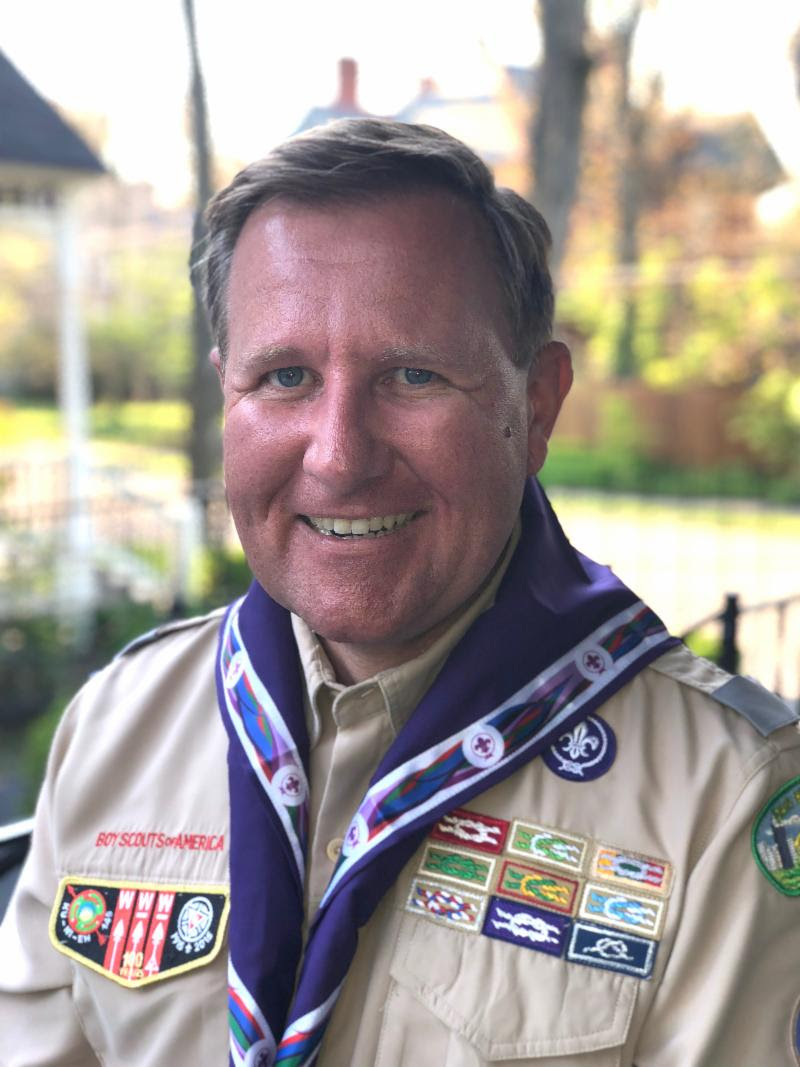 The Ku-Ni-Eh Lodge, Dan Beard Council is proud to announce that Jason Wolz has been selected to assume the role of Lodge Adviser upon the completion of Lodge Adviser, Mike Ratterman’s term. He will officially take on the role at the Winter Banquet in January 2019, but will begin working with Mike and the lodge leadership starting this summer to ensure a smooth transition.
Jason is involved in Scouting on many levels, serving locally on the Dan Beard Council Board of Directors, most recently as Recruitment Chairman, while also working as an assistant Webelos Den Leader in Pack 2. Nationally he serves on the National Order of the Arrow Committee and the National Catholic Committee on Scouting. Jason also is leading the cultural experience program at the 2019 World Scout Jamboree.
Jason has a long history with the Order of the Arrow, taking his ordeal in the O-Shot-Caw Lodge, South Florida Council in 1989. During his youth he served as a chapter, and lodge officer, section vice chief, section chief, and nationally as a conference vice chief. In his youth he was recognized with the Vigil Honor and the Founders Award.
In his professional life, Jason serves as Publisher with Miles Partnership, and has been a part of that organization for more than 18 years. He and his wife, Sharidon, have two children, Julia (12) and Jackson (11). They live in East Walnut Hills.
As we approach this time of transition, it is important to highlight some of the accomplishments of the Ku-Ni-Eh Lodge while guided by Mike Ratterman. Over the past two years, the lodge has experience membership growth as well as maintaining a strong financial position. The lodge has provided significant investment in the camping programs of the Dan Beard Council and provided volunteer support of several council and district events such as Spook-O-Ree, Cuborees and Camporees, and Camp Conservation Days. A crowning achievement was the grand opening of the We-Hin-Ah-Pay Trail at Camp Friedlander in September 2017.
We look forward to the continued success of the Ku-Ni-Eh Lodge as Mike finishes out his tenure, and as we move forward with Jason in the role of Lodge Adviser.